Zdeno Chara, a 23-year veteran of the National Hockey League (NHL), is a seven-time All-Star and former Captain of the Boston Bruins.  Chara is known for having the hardest slap shot in the game (108.8 mph) and is a tremendous defensive player at his 6'9" stature.  In addition to being a stellar hockey player, he is also a masterful linguist who speaks multiple languages including; Slovak, Czech, Polish, Swedish, Russian, German and English.  Off the ice, Chara has made a tremendous impact as he is the first Athlete Ambassador for "Right to Play," a global organization that teaches children in need through educational games.  Chara was also one of the first NHL players to endorse " You Can Play," which is the acceptance and encouragement of gay players in the NHL.

Additionally, Chara attended and completed educational courses at Algonquin College in Ottawa and at Harvard Business School in Boston, where he gave multiple leadership speeches and presentations.  Most recently, he became a licensed Real Estate salesperson.

Chara is extremely well-known for his fitness and he credits his peak athletic performance to plant-based nutrition.  Big Zee, as people like to call him, is also active in numerous charitables organizations in the Boston community. 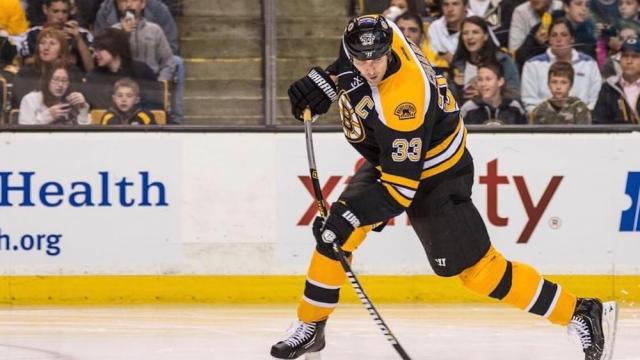 For more information on booking Zdeno Chara for an appearance, speaking engagement, or help with your event please contact: